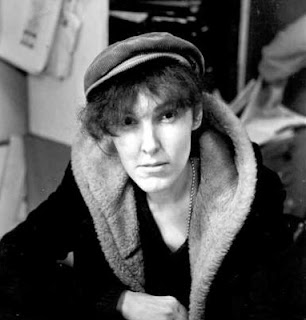 
The SCUM Manifesto is a radical feminist manifesto written in 1967 by Valerie Solanas and urging women to "overthrow the government, eliminate the money system, institute complete automation and eliminate the male sex."Some authors regard the manifesto as satirical while others believe it to be a parody of patriarchy; and one considered it possibly literal.

The SCUM Manifesto is a radical feminist text written in 1967 by Valerie Solanas, who began drafting it possibly as early as 1959 or 1960. In 1977,he told Howard Smithand Brian Van der Horst that her views had not changed since the manifesto's publication.According to Robert Marmorstein, "[t]he central theme of SCUM is that men have fouled up the world, are no longer necessary (even biologically), and should be completely destroyed, preferably by criminal means such as sabotage and murder .... [t]he quicker, the better."
According to Village Voice reviewer B. Ruby Rich, "SCUM was an uncompromising global vision",in the Manifesto criticizing men for many faults including war and not curing disease; many but not all points were "quite accurate";some kinds of women were also criticized, subject to women's changing when men are not around; and sex (as in sexuality) was criticized as "exploitative".According to Sharon L. Jansen, "[Solanas] want[ed] ... to create a world exclusively for women" and considered men "biological[ly] inferior".According to feminist critic Germaine Greer, Solanas argued that "men and women [were "divide[d]"] from humanity" and that, "[to] allow ... women to move back to humanity[,] ... they exterminate men." According to Rich, Solanas, perhaps in a Swiftian tradition of satire, "believed that men ... should be retrained or eliminated." According to Prof. Ginette Castro, Solanas "recommended the gradual elimination of all males".According to reviewer Claire Dederer, "[t]he Manifesto is a call to rid the planet of men." Betty Friedan said, "the elimination of men [w]as proposed by that SCUM Manifesto!"According to Prof. Debra Diane Davis, men were to help eliminate each other, including by "rational murder."According to Deborah Siegel, it "argued for men's collective annihilation." According to Jansen, it called for reproduction only of females,and not even of females once the problems of aging and death were solved so that a next generation would no longer be needed.According to Laura Winkiel, Solanas "imagin[ed] ... a world run by women", "the rhetoric [of theManifesto] polemically urges the complete overthrow of heterosexual capitalism",and the Manifesto "imagines a ... violent coup"with an "imagined group of vanguard feminist revolutionaries [who] proclaim their takeover of the world"including "SCUM females .... tak[ing] ... over the means of production"in a "fantas[y] ... of political violence",including as to men a "genocidal political practice","eliminat[ion] ... [of] the male sex" except for "men in the Men's Auxiliary of SCUM", as "Solanas imagines that women openly declare war on ... men", a declaration that "parodies masculine politics".According to Jansen, the plan for creating a women's world was largely nonviolent, being based on women's nonparticipation in the current economy and having nothing to do with any men, thereby overwhelming police and military forces,and, if solidarity among women was insufficient, under the plan some women could take jobs and "'unwork'", causing systemic collapse. According to Rich, Solanas favored science and technology and wanted computers distributed.According to Jansen, the plan was prescient on the role of technological mediaand anticipated that "'the elimination of money ... [would eliminate the] need to kill men'".According to Castro, the Manifesto was "certainly""the feminist charter on violence","legitimiz[ing] ... hysteria as a terrorist force",but its proposal "that men should quite simply be eliminated" was "[not] meant to be taken seriously".

What is radical feminism

The SCUM Manifesto is a radical feminist tract written in 1968 by Valerie Solanas. Some authors have argued that the text is a parody of patriarchy and the Freudian theory of femininity, where the word woman is replaced by man. The text contains all the clichés of Freudian psychoanalytical theory: the biological accident, the incomplete sex and "penis envy" which has become "pussy envy".Solanas also claimed that her writing was a satirical literary device to elicit debate. Alice Echols has argued that the tract is misandric.Though it has come to be said that "SCUM" stands for "Society For Cutting Up Men" (said in places such as on the cover of one edition, in The New York Times, and elsewhere ), this phrase actually occurs nowhere in the text. The word "SCUM" is used in the text in reference to a certain type of women, not to men. It refers to empowered women, "SCUM -- dominant, secure, self-confident, nasty, violent, selfish, independent, proud, thrill-seeking, free-wheeling, arrogant females, who consider themselves fit to rule the universe, who have free-wheeled to the limits of this `society' and are ready to wheel on to something far beyond what it has to offer". That "SCUM" was intended as an acronym was a "belated add-on", which Solanas later rejected.

Here are some quotes of SCUM manifesto


Life in this society being, at best, an utter bore and no aspect of society being at all relevant to women, there remains to civic-minded, responsible, thrill-seeking females only to overthrow the government, eliminate the money system, institute complete automation and destroy the male sex.
It is now technically feasible to reproduce without the aid of males (or, for that matter, females) and to produce only females. We must begin immediately to do so. Retaining the mail has not even the dubious purpose of reproduction. The male is a biological accident: the Y (male) gene is an incomplete X (female) gene, that is, it has an incomplete set of chromosomes. In other words, the male is an incomplete female, a walking abortion, aborted at the gene stage. To be male is to be deficient, emotionally limited; maleness is a deficiency disease and males are emotional cripples.
The male is completely egocentric, trapped inside himself, incapable of empathizing or identifying with others, or love, friendship, affection of tenderness. He is a completely isolated unit, incapable of rapport with anyone. His responses are entirely visceral, not cerebral; his intelligence is a mere tool in the services of his drives and needs; he is incapable of mental passion, mental interaction; he can't relate to anything other than his own physical sensations. He is a half-dead, unresponsive lump, incapable of giving or receiving pleasure or happiness; consequently, he is at best an utter bore, an inoffensive blob, since only those capable of absorption in others can be charming. He is trapped in a twilight zone halfway between humans and apes, and is far worse off than the apes because, unlike the apes, he is capable of a large array of negative feelings -- hate, jealousy, contempt, disgust, guilt, shame, doubt -- and moreover, he is aware of what he is and what he isn't.
Although completely physical, the male is unfit even for stud service. Even assuming mechanical proficiency, which few men have, he is, first of all, incapable of zestfully, lustfully, tearing off a piece, but instead is eaten up with guilt, shame, fear and insecurity, feelings rooted in male nature, which the most enlightened training can only minimize; second, the physical feeling he attains is next to nothing; and third, he is not empathizing with his partner, but is obsessed with how he's doing, turning in an A performance, doing a good plumbing job. To call a man an animal is to flatter him; he's a machine, a walking dildo. It's often said that men use women. Use them for what? Surely not pleasure.
Eaten up with guilt, shame, fears and insecurities and obtaining, if he's lucky, a barely perceptible physical feeling, the male is, nonetheless, obsessed with screwing; he'll swim through a river of snot, wade nostril-deep through a mile of vomit, if he thinks there'll be a friendly pussy awaiting him. He'll screw a woman he despises, any snaggle-toothed hag, and furthermore, pay for the opportunity. Why? Relieving physical tension isn't the answer, as masturbation suffices for that. It's not ego satisfaction; that doesn't explain screwing corpses and babies.

One more quote that i like very much is about fatherhood.
Fatherhood and Mental Illness (fear, cowardice, timidity, humility, insecurity, passivity): Mother wants what's best for her kids; Daddy only wants what's best for Daddy, that is peace and quiet, pandering to his delusion of dignity (`respect'), a good reflection on himself (status) and the opportunity to control and manipulate, or, if he's an `enlightened' father, to `give guidance'. His daughter, in addition, he wants sexually -- he givers her hand in marriage; the other part is for him. Daddy, unlike Mother, can never give in to his kids, as he must, at all costs, preserve his delusion of decisiveness, forcefulness, always-rightness and strength. Never getting one's way leads to lack of self-confidence in one's ability to cope with the world and to a passive acceptance of the status quo. Mother loves her kids, although she sometimes gets angry, but anger blows over quickly and even while it exists, doesn't preclude love and basic acceptance. Emotionally diseased Daddy doesn't love his kids; he approves of them -- if they're `good', that is, if they're nice, `respectful', obedient, subservient to his will, quiet and not given to unseemly displays of temper that would be most upsetting to Daddy's easily disturbed male nervous system -- in other words, if they're passive vegetables. If they're not `good', he doesn't get angry -- not if he's a modern, `civilized' father (the old-fashioned ranting, raving brute is preferable, as he is so ridiculous he can be easily despised) -- but rather express disapproval, a state that, unlike anger, endures and precludes a basic acceptance, leaving the kid with the feeling of worthlessness and a lifelong obsession wit being approved of; the result is fear of independent thought, as this leads to unconventional, disapproved of opinions and way of life.

thanks for finding the time and reading this article :)

you can leave comments below

Popular posts from this blog